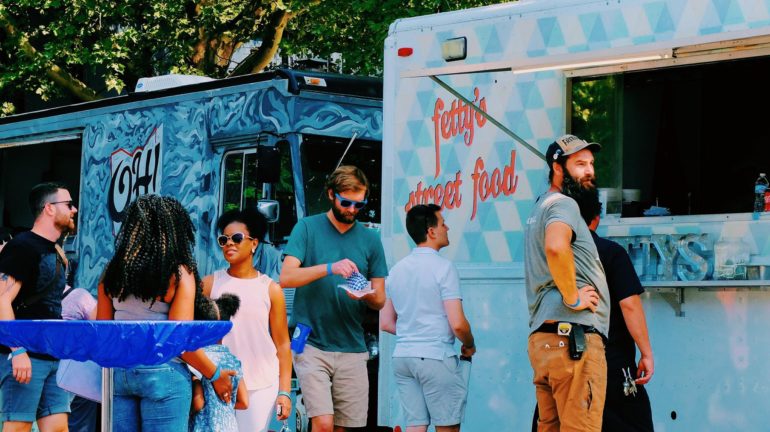 7 Reasons My Heart Will Always Be In Columbus

These are the 7 things that keep my heart grounded firmly on Columbus soil.

Over the years I’ve watched many friends and loved ones leave Columbus for one reason or another. It always gets me to thinking about picking up roots myself and letting the wanderlust take me. But then I remember how cool (and ridiculous) Columbus can be and I start to think of all the things I’d miss. Here are all the reasons I love Columbus and tolerate all of its shenanigans from time to time.

Of course this would be the first thing on the list, mostly because food is literally the best thing currently on planet Earth (Prince was taken during the many celeb deaths in 2016, so yeah, it’s food now). The Columbus food scene is so varied and so fleshed out that almost every day I find out about some new food truck or some pop-up that I absolutely have to hunt down and try. As long as Columbus keeps making its pizza thin, crispy, and square cut and as long I never get bored deciding on something new to eat, Columbus will always have my heart. And seriously, the second that changes the honeymoon is over and I’m out of here… Hey Pittsburgh, how you doin’ girl? Kidding! But let’s open up a new shawarma joint and never find out, shall we?

From Olde Towne East, to German Village, Clintonville, and Franklinton, Columbus has a diverse set of neighborhoods with their own personality-rich communities. Communities that support each other and involve themselves in each other’s lives. Sometimes too much, have you ever checked in on those community Facebook forums? We get it Mrs. Lambert, you have a lot of opinions on how the Smith’s have arranged their new flower bed. Maybe a little less community involvement for you and a bit more daytime television. Just saying, reruns of Matlock never hurt nobody.

The Art And Music Scene

Do we know how to turn up our nose at a painting or what? There are tons of galleries and showrooms in Columbus, all supporting a cast of local artists that specialize in anything from painting to glass blowing. And let’s not forget about the local music scene. We’ve got plenty of homegrown bands and music acts and the venues to see them. Looking for jazz instrumental? We’ve got plenty. Straight edge metal? For sure. A mean folk polka cover of Torn by Natalie Imbruglia? I might know a guy. The point being, we’re super cultured and awesome because of it.

It’s not every day your local publisher opens up a combination cafe/craft bar/and bookstore, or a 100,000 square foot warehouse gets converted into a studio space/restaurant/event reception hall. Here in Columbus, businesses are willing to take creative chances in order to open something new and unique. There are so many small shops and companies in the city, full of personality and character. And not just that, Columbus also has a city full of people dying to support and invest in local enterprise. If there’s one thing Columbus folk hate, it’s “unlocalized” things. We’re a pretty jealous lover in that regard.

Columbus Is The “Deep-Cut” Of U.S. Cities

I mean that as obnoxiously hipster as humanly possible. A deep-cut is that track buried on a record or album that may not be a huge hit, but it’s definitely one of the best in the whole LP. So when I say Columbus is that “deep-cut” on the record of American cities, what I’m really saying is, we’re awesome, underrated, and way cooler than your trashy indie-pop single (looking at you Portland). Either way, I just did a Columbus/vinyl record analogy and totally got away with it. Shove that in your little mason jar and serve it (but seriously, stop putting salads in mason jars).

The second most amazing thing on Earth is unquestionably and definitely without a doubt, beer (also because 2016, in its spiteful wrath, stole David Bowie from us so now we’re left with beer). And believe you me brother, Columbus has beer in spades. You can’t chuck an empty growler in this city without hitting a pub or brewery. Also, you’ll probably get arrested, you can’t just toss empty glass in public, that’s ridiculous. We’re a city that loves it’s beer and I don’t mind saying that we put out some pretty tasty ones. There’s just one, small, teeny issue with beer in Columbus. IPAs are overrated and we’re super infatuated with them. There. I said it. Do better Columbus.

We’re A Bunch Of Weirdos

And at the end of the day, when it comes down to what’s left in the bottle: we’re all a bunch of crazy weirdos drinking gross IPAs, wearing obscure local band tee-shirts, pressed at an obscure local screen printing shop, eating weirdo foods, lurking in the corners of neighborhood forums, obsessed with old re-runs of Matlock. And I wouldn’t change us for the world.