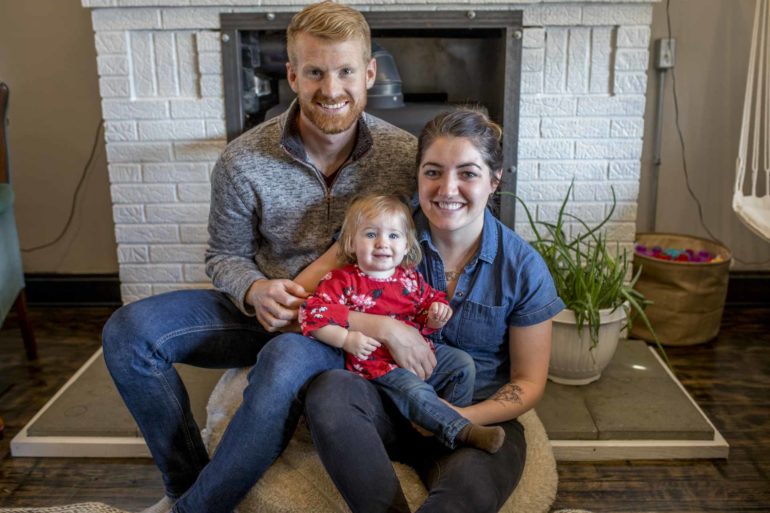 Building a home is about so much more than just a house.

I’m not sure if I’ve ever met two people who understand that better than Amy and Bryant Gingerich. 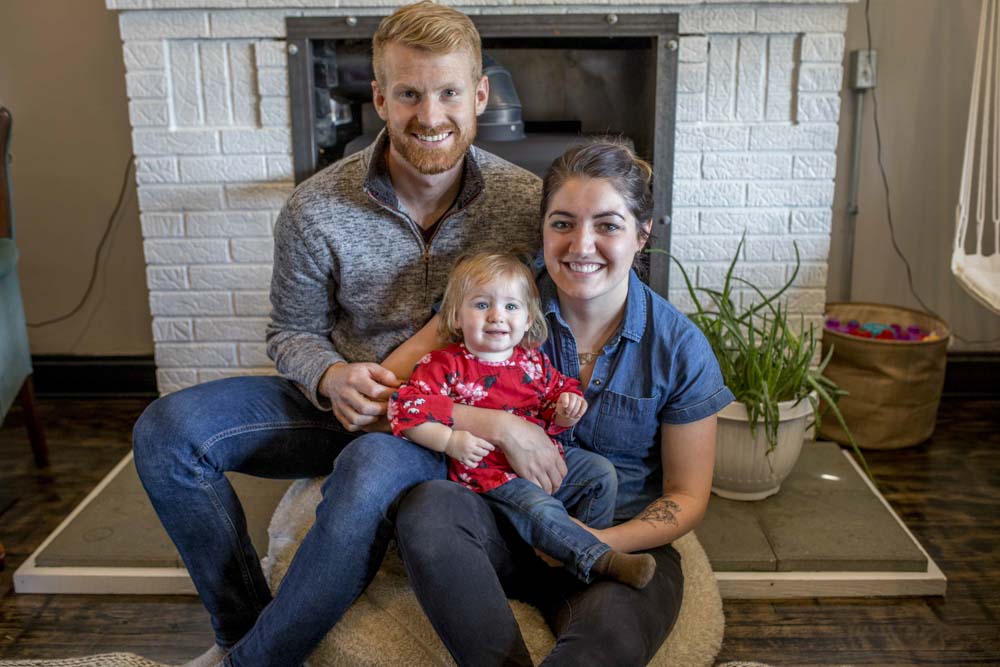 The couple, along with their daughter Cleo, lives in a beautiful old home in Milo-Grogan, and they were kind enough to let me come and take a look.

They bought their home in the summer of 2016, but their love for the neighborhood started a few years earlier when Amy took a job at a nearby church.

“As I built relationships with neighbors, I realized how special of a place it was,” she explained. “Instead of just working with these wonderful people, I wanted to live life alongside them. When we decided to get married and buy a house, we immediately began searching in Milo-Grogan. We never looked anywhere else.” 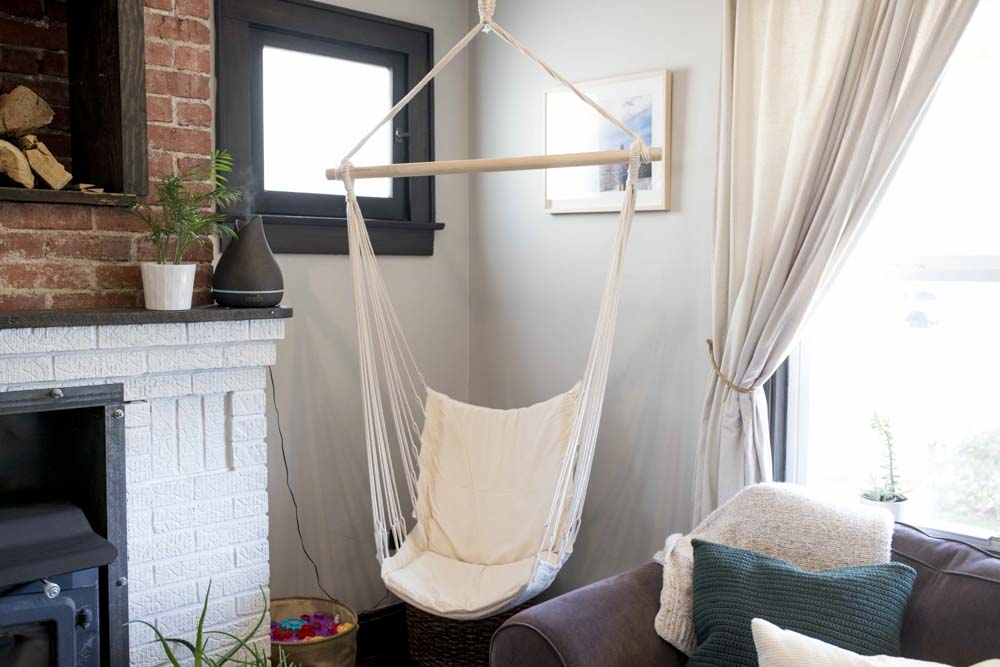 Their home has two bedrooms, two bathrooms, and plenty of character. There are textures everywhere. A chaotic chorus of wood and tile are beautifully married together to create one of the most visually interesting homes in the area.

When it comes to where they love to spend time together, it’s not an easy choice. “It’s hard to choose a favorite room, but probably our dining room,” said Amy. “We love sitting at the table that Bryant made, while looking out the window at our garden, watching squirrels and birds, feeling the sunshine.” 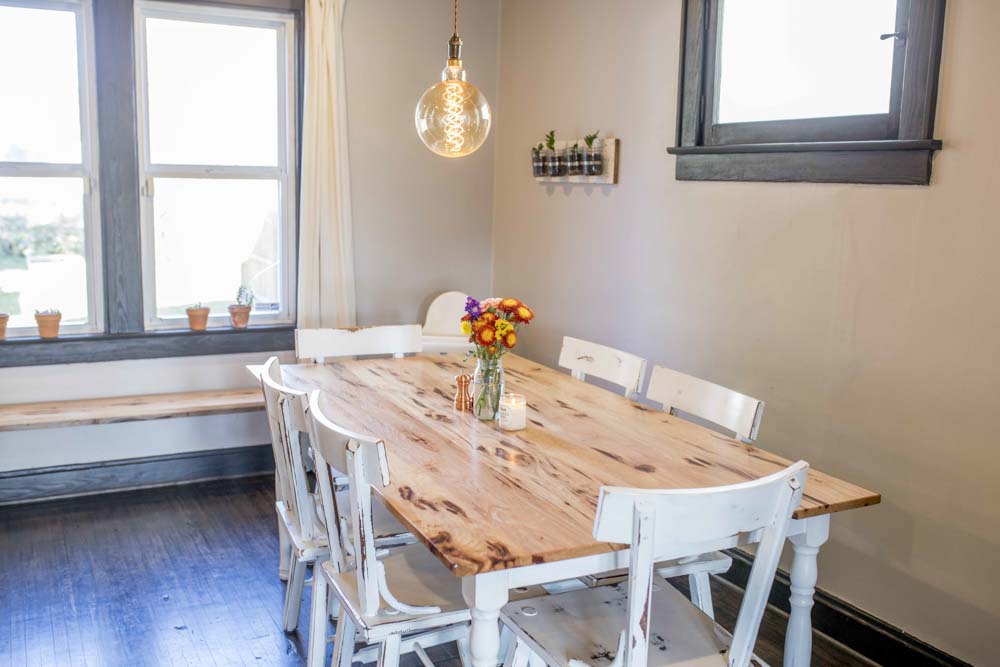 Although some of the work was already done when they moved in, Amy’s husband Bryant has certainly put a lot of his own blood, sweat, and tears into the property. From installing light fixtures to custom furniture, he’s very much the kind of man who takes a quiet pride in the fruits of his labor.

My favorite piece, and it was oh-so-hard to choose, had to be the bar cart in their dining room. An old tree had fallen down in a neighbor’s yard, and since Bryant had a chainsaw, he volunteered to help her out. Out of that kindness came the bar cart. 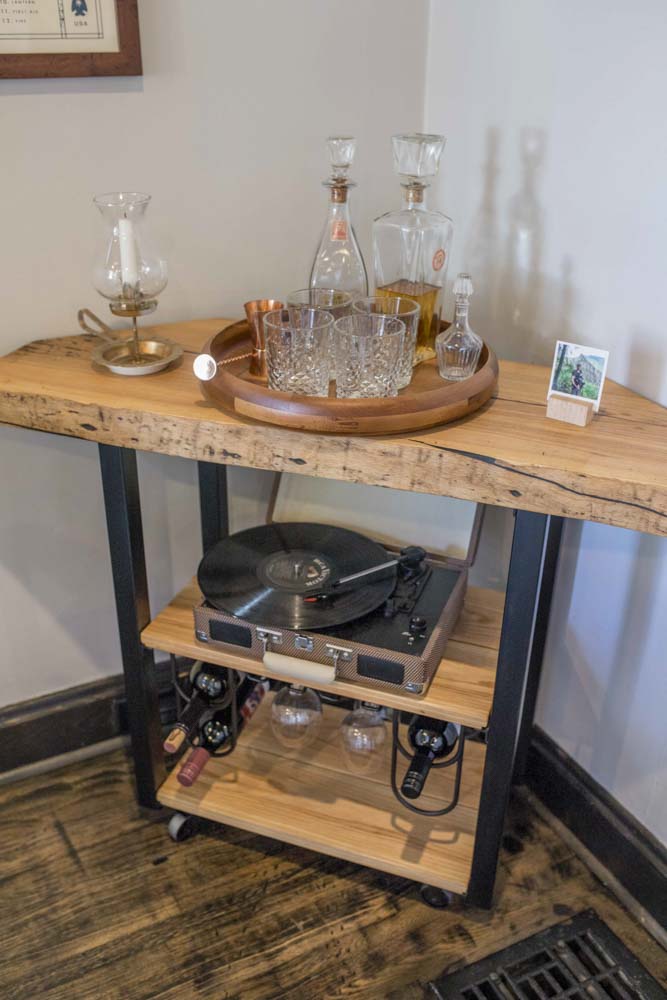 When you have two people as creative and capable as Amy and Bryant, you sort of wonder if their house will ever be “finished” or if it will remain a revolving door of projects and renovations.

“There are so many projects we talk about doing. If we decide to really settle down in this place, we’ve talked about building a garage in the backyard and finishing our basement,” she explained. “But short-term, we’ve been talking about knocking down the wall between our entryway and the living room. Just opening things up a bit more so we can add another couch and host even bigger hang-outs.”

One thing that they couple made abundantly clear is their love of the Milo-Grogan neighborhood. Amy casually remarked while showing me around that she didn’t know if she’d ever had such nice neighbors before, and how being a part of the community is just as important to them as the four walls and roof they call home. 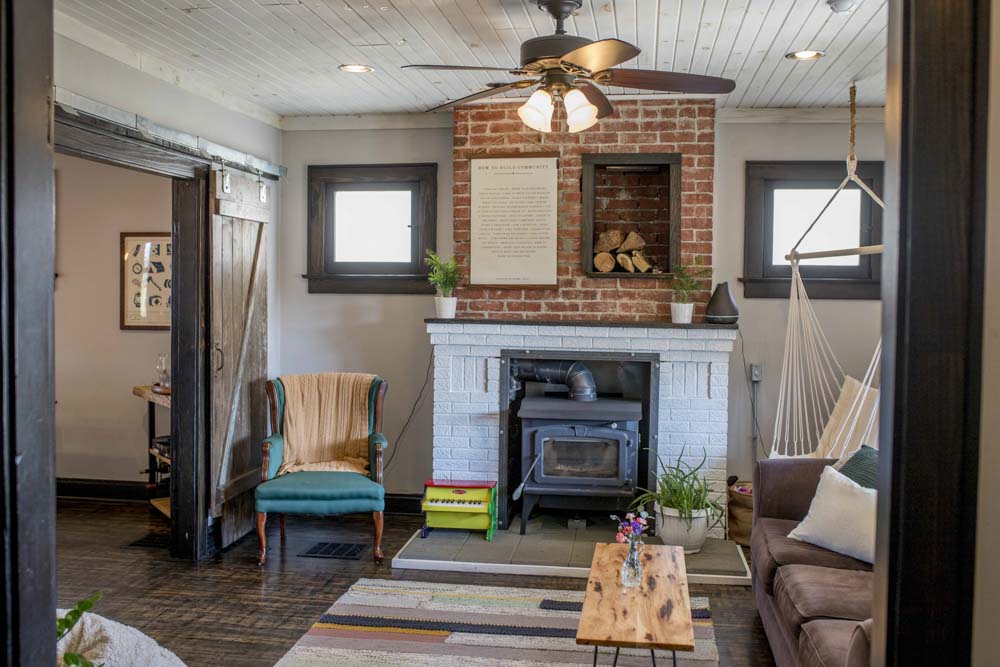 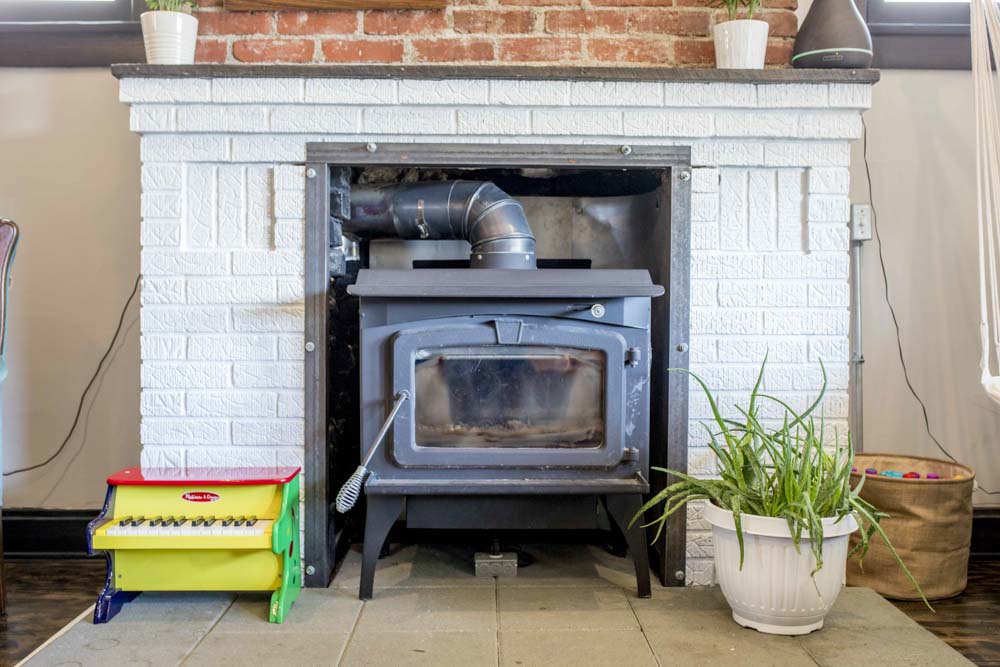 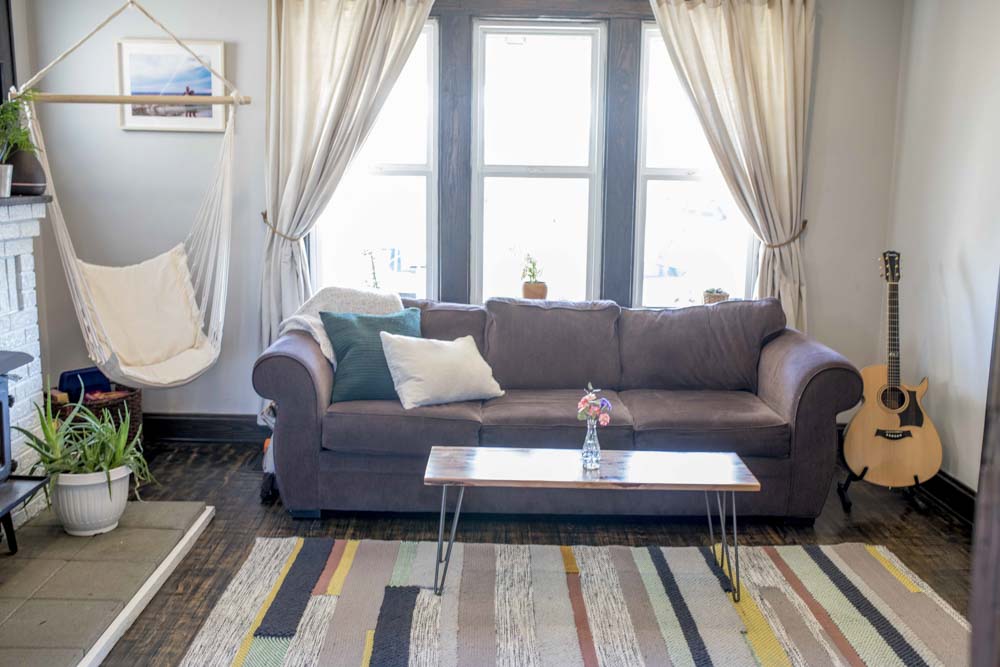 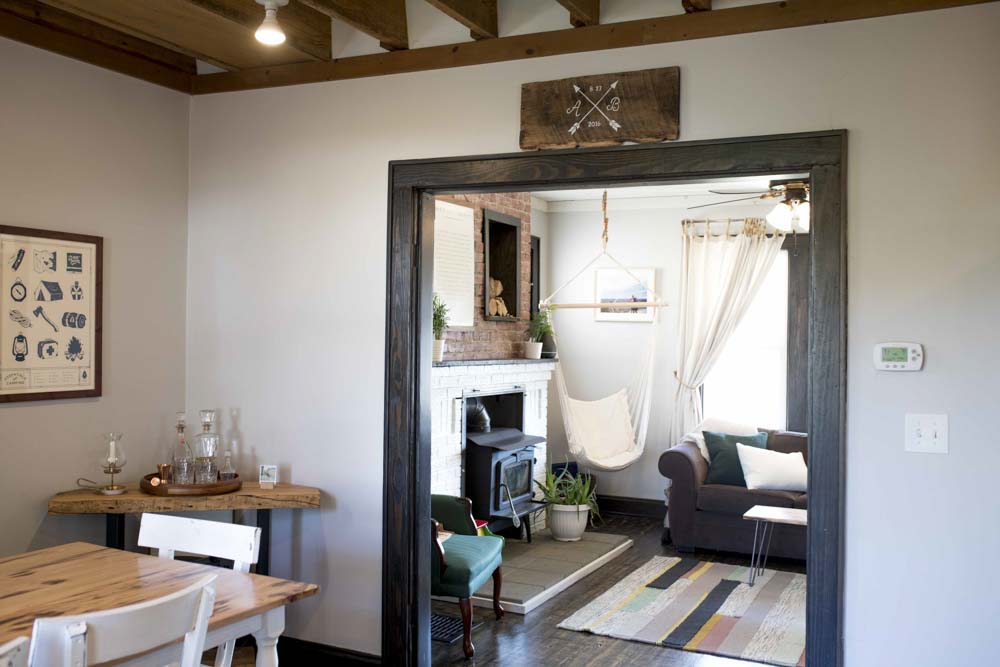 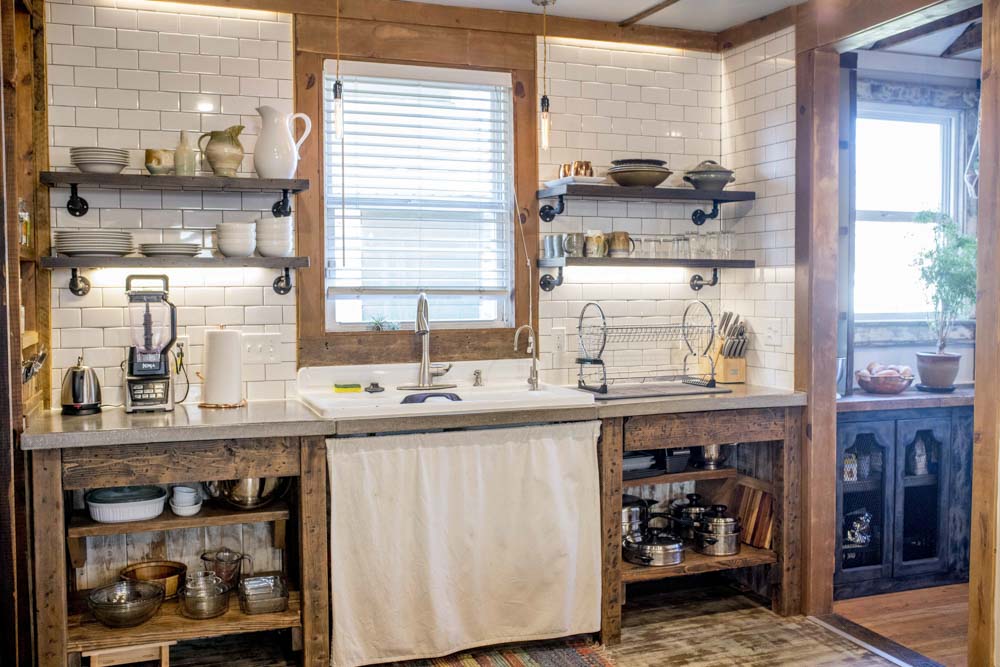 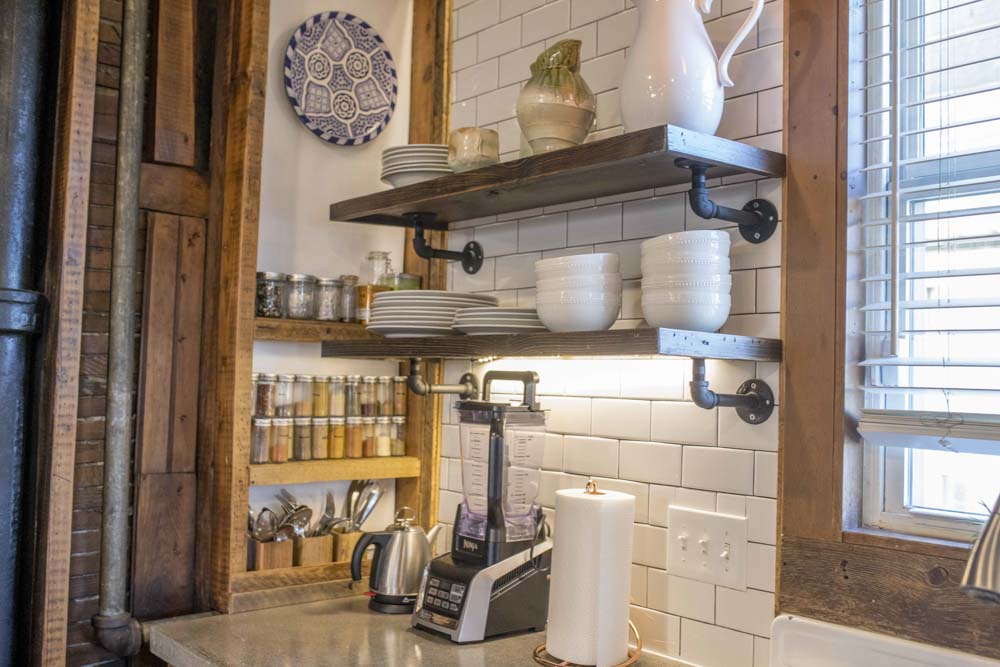 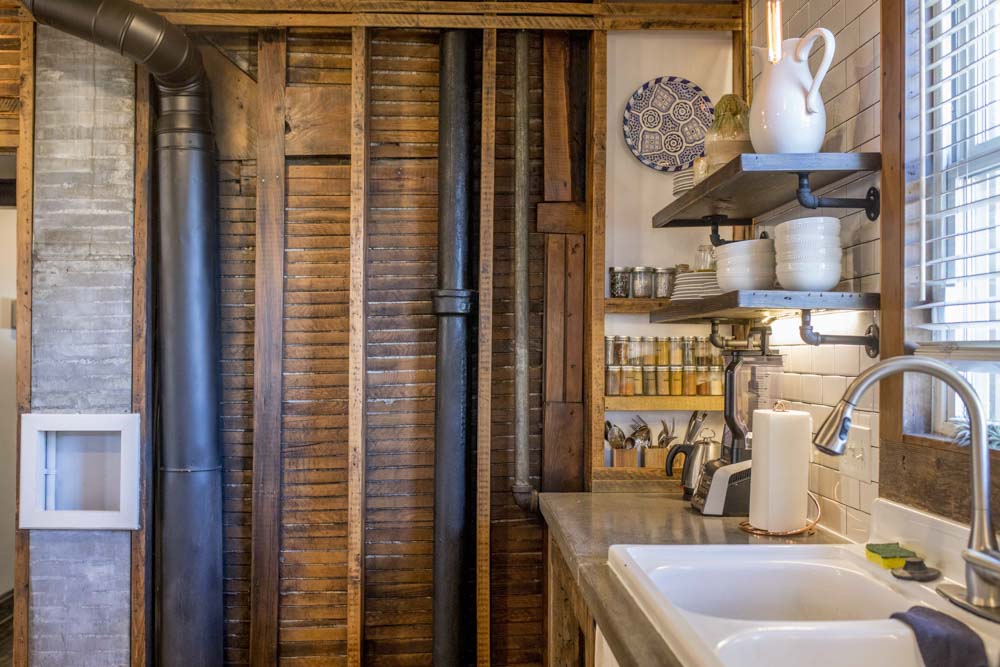 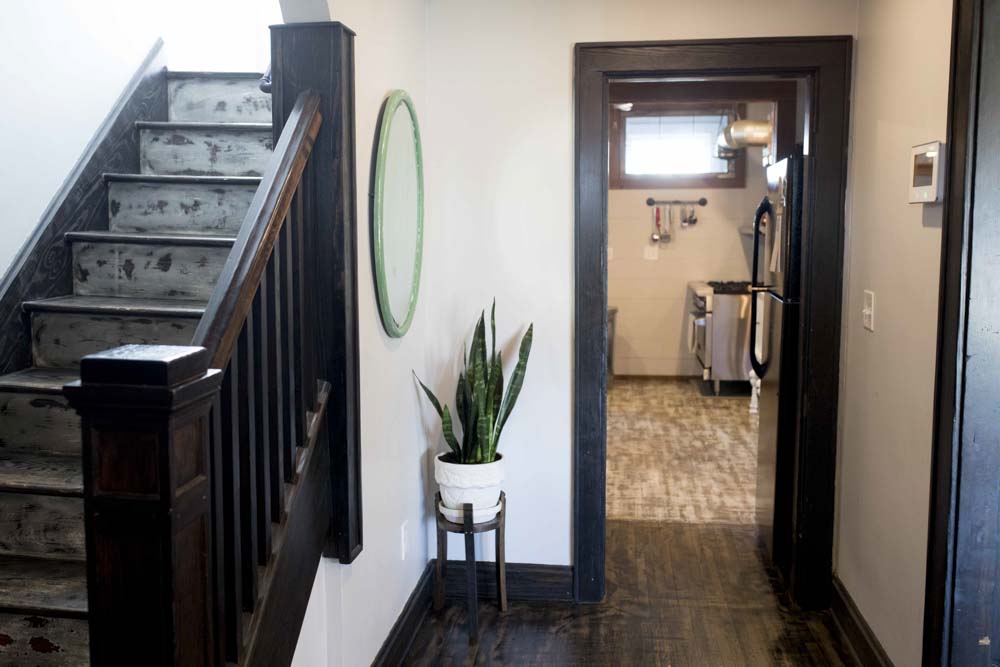 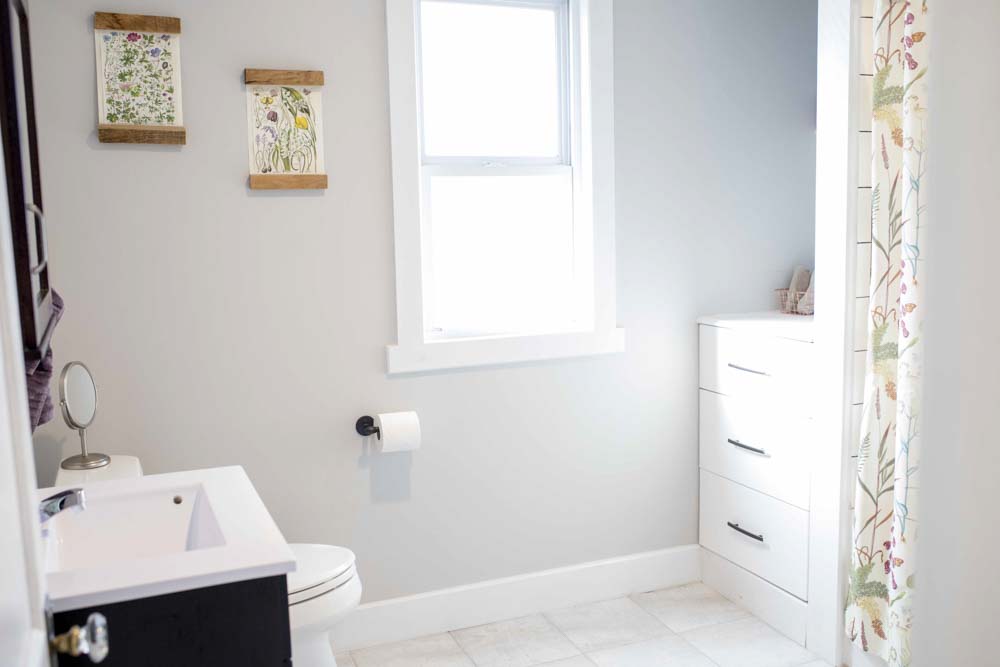 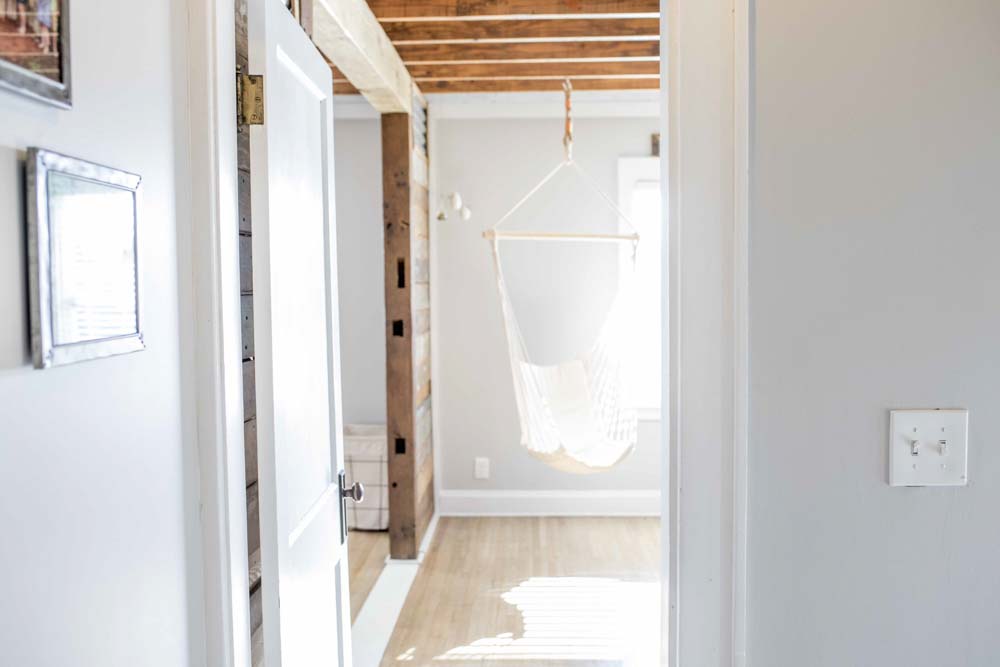 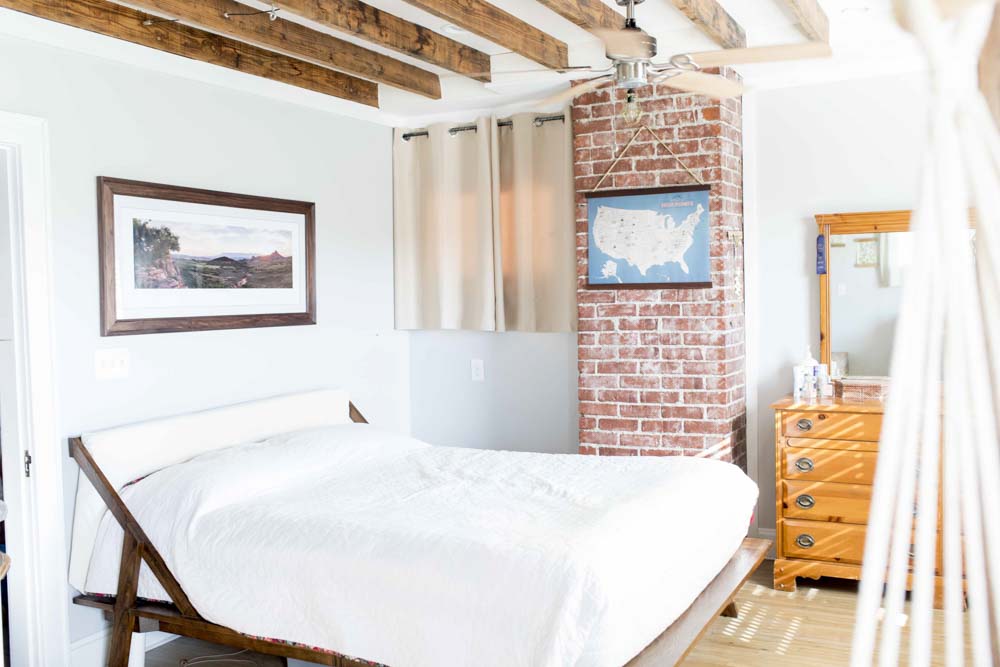 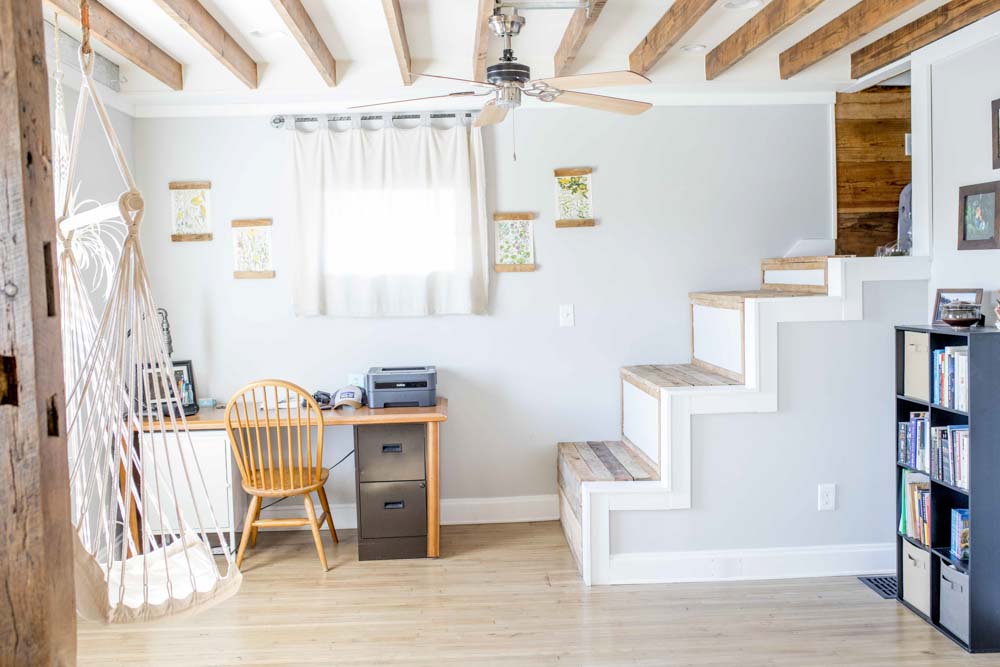 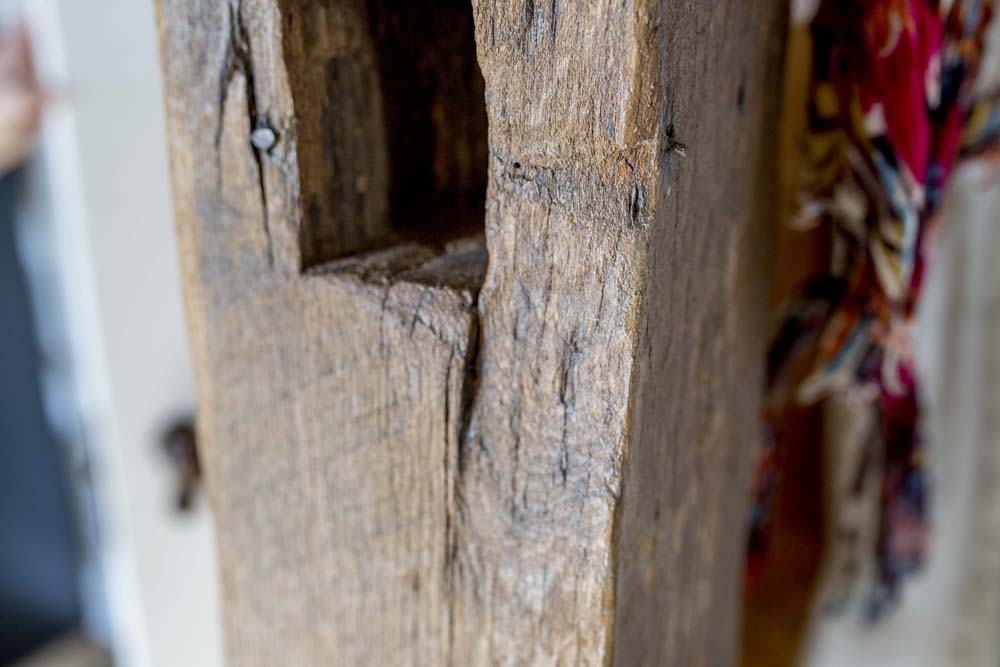