This New Apartment Building On E. Rich Street Aims To Blend The Old And The New 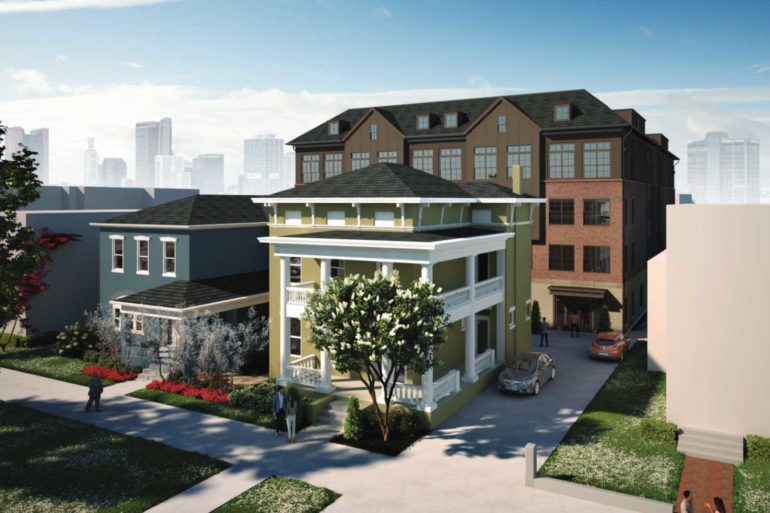 Aerial view of the project.

Located in the heart of a historic district, the new project will blend the old and the new by restoring two original buildings and adding a new one into the mix.

The four-story building will include around 30 apartments, a garden area, and a pedestrian walkway between the older buildings and the new build.

The project has run into a few snags, being that it’s a historic area. The height of the new building was a particular point of contention. The Historic Resource Commission has weighed in on the project as well, and it has met some resistance from community members.
.
When the project was initially proposed with a lighter color on the top floor to help the building recede into the background more. But the plan changed when the HRC asked for the top level to be dark.

The Downtown Commission found the changes to be favorable, expressing support for the way the original buildings are featured as opposed to being overshadowed by the new build behind them. Although the landscaping hasn’t yet been reviewed, the Commission voted that the project could move forward during their August 25 meeting. 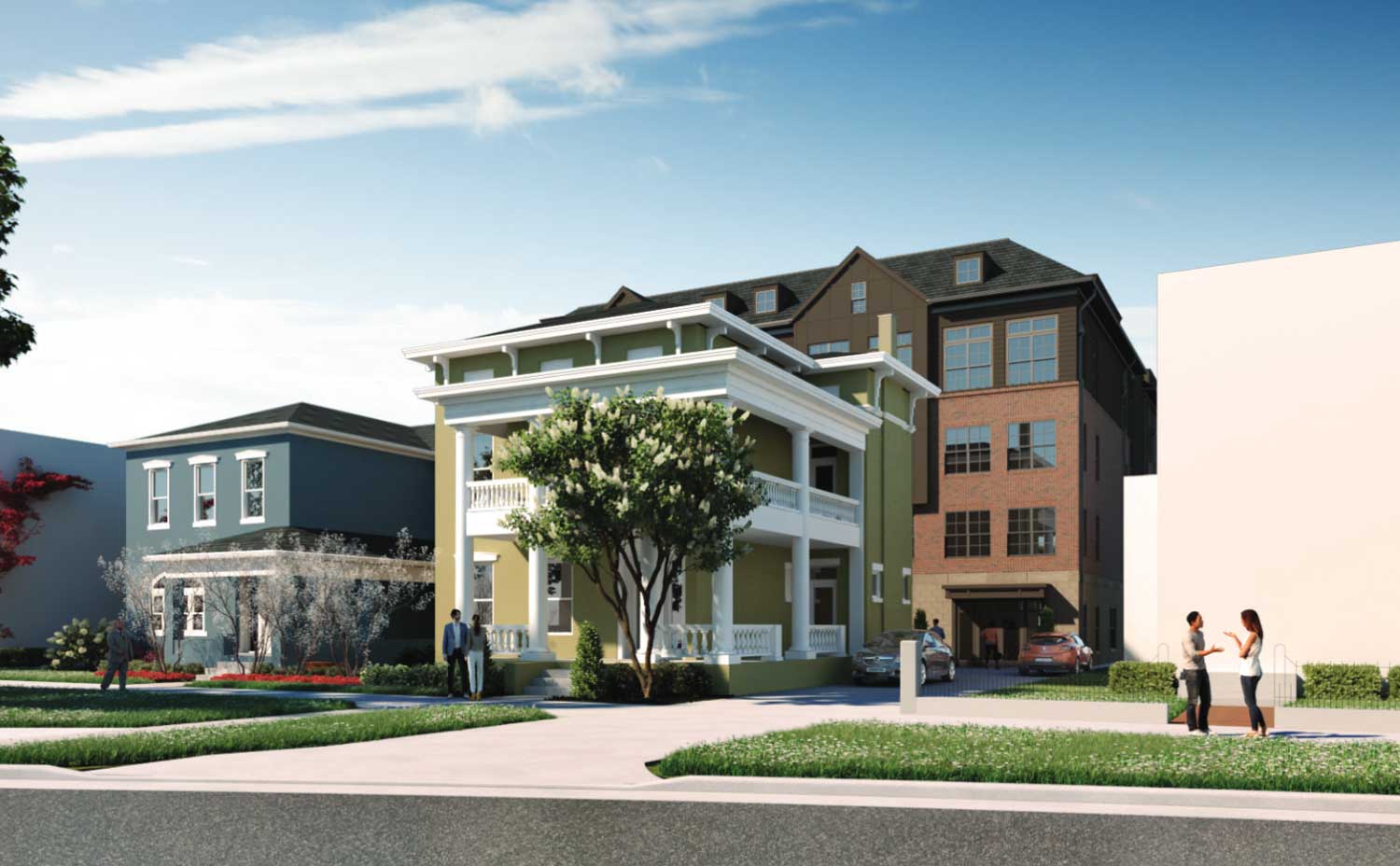 The development at 530 E Rich Street has been spearheaded by the Schiff Capital Group. Schiff has been at the helm for several newer real estate developments around the city, including The Atlas Apartments and the office tower at 711 N. High Street.

For an in depth look at the proposal, you can click here.