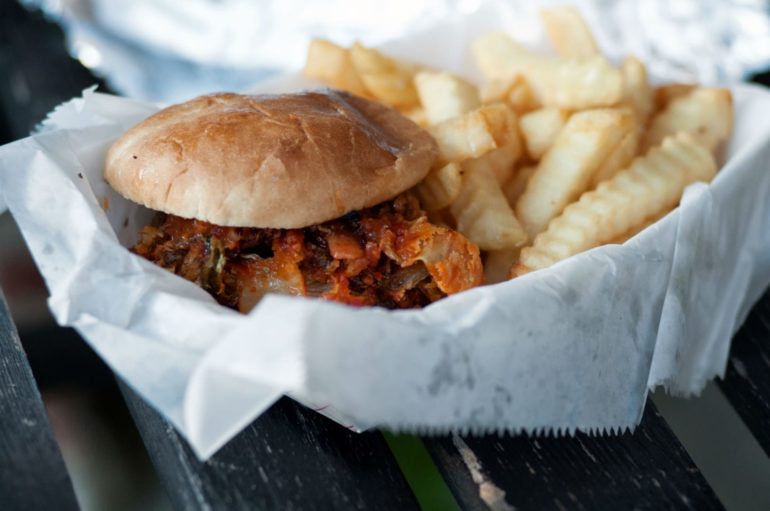 5 Garbage Human Foods To Indulge In For Sweat Pants Season

There is literally no one left to impress. Shove all these glorious garbage foods into your body and just let yourself go.

It’s finally that time of year again. When we can wear layers of jackets, sweats, and hoodies just to cover up those few extra pounds that we’re inevitably going to pick up as we head into winter.

If Thanksgiving doesn’t do it for you this year, here are 5 garbage human foods you can totally indulge in now. Relax, by the time New Years rolls around we’ll renew that gym membership. But for now, let the heartburn roll my friends, let it roll.

Come on, The Thurmanator is pretty much the pinnacle of garbage human eats here in Columbus. More than that, it’s a right of passage for anyone who calls this city home. After tackling this bad boy you’re going to wanna head home and catch a Napflix (pop in some Planet Earth on the Netflix and go comatose for the next 8 hours). It’s a good thing you already have those sweatpants primed and ready. Now you can avoid the hassle of having to decide between clothes appropriate for the outside world and clothes appropriate for sleeping. Sweats ride that sweet, sweet line right in the middle.
Where: 183 Thurman Ave, Columbus, OH 43206

This sacralicious monstrosity is exactly what it promises to be— a mind-melting cheese experience, slathered in between two slices of yummy, pizza goodness. It’s a daunting task for some, but for the experienced garbage food eater that has no real respect for their human bodies, it’s nothing but a Sunday stroll in the park. A stroll that just so happens to end with your body crashing from a drop in blood sugar levels and a crippling sense of self-loathing. Trust me, this is not my first time at the rodeo.
Where: 1030 N High St Columbus, OH 43201, 15 E Duncan St Columbus, OH 43202, 268 South 4th St Columbus, OH 43215

What does not kill you makes you stronger, or you know, more susceptible to heart disease. This spicy dog will put your senses to the test, determining just how much fire your taste buds can handle. It’s topped with a spicy giardiniera pepper mix to turn things up and a nice cool sour cream to mellow things out. And by ‘mellow out’ I mean assault your brain with so much mind-numbing lactic creaminess that your eyes roll back and you drool for an unnerving amount of time. Hey, we never said this would be all roses, you got to sacrifice for all this delicious gastro candy.
Where: 248 S 4th St, Columbus, OH 43215

The Donut- Fortys Chicken and Waffles

Let’s just forget about the forty for a moment. Even with that aside, this baby is packing so much guilt-laden, yummy, tastiness that not even the strictest of diet Nazis can resist its crispy transfat allure. Go ahead, stare directly into its golden brown complexion and try to deny its glory. We’re talking fried chicken, cole slaw, and maple syrup all stacked between two halves of a glazed donut. Don’t try and it eat it if you have anything productive to do, after tackling this guy you’re going to want to pack it up and call it a day. Time to lay on the couch and watch 17 hours of old Matlock reruns while the rest of the world cures diseases and runs charity-CrossFit-American-Ninja-Warrior-quadathlons. Stupid overachievers.
Where: 2593 N High St, Columbus, OH 43202

And finally, our namesake donut. Let’s just shove a whole mess of peanut butter right up into this chocolate glazed donut and see if this can’t paint a smile on half of the city. It’s simple, it’s super unhealthy, it’s down right glorious. The only challenge is trying not to shove it whole into your mouth as soon as you get it. I know it sounds like a good idea at the time but unless your powering down some milk afterward, you’re going to have a heck of a time not choking to death in the middle of the bakery. I don’t think that’s something they very much approve of there.
Where:  1998 N High St, Columbus, OH 43201