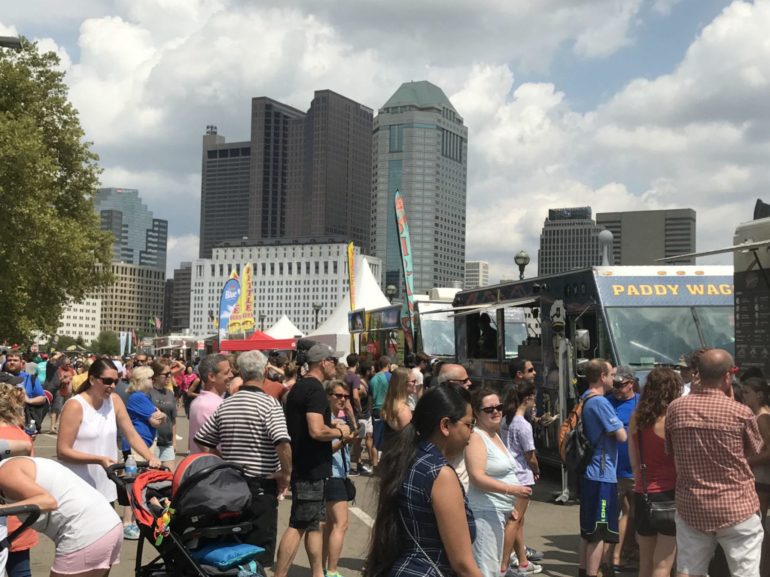 I Took Two Degenerates And A 7 Month Pregnant Woman To The Food Truck Fest. What Happened Next Was Ferris Bueller Level Debauchery

Because if you absolutely have to roll up on a food festival ready to make noise like the Beastie Boys, you might as well bring your pregnant friend.

We had all made a pact just days before the festival. We promised ourselves in hushed whispers and discreet instant messages that we were going to show up for this year’s Food Truck Festival and completely annihilate everything in sight. To drink and eat to our heart’s content and probably make complete fools of ourselves. “Getting ‘swerved on the Scioto” we called it.

Our party consisted of an odd assortment of longtime friends. A bearded musician and cat enthusiast, a burgeoning family man with a personal contempt for the airline industry, and his 7-month pregnant wife with a penchant for dramatic television. All of us were united by a common love of food and a mutual reverence for booze. Except for the preggers one of course. She may have been eating for two but we were each drinking for five (a dubious number to be sure, but one not worth quibbling over).

Between the three that would be drinking, we purchased 12 drink vouchers at 7 bucks a piece.

We didn’t think about it at the time but that came down to nearly (mumbles while counting fingers), like 84 dollars. Way too many dollars and a pretty fiscally irresponsible allocation of our resources if we really thought about it— which we didn’t. We only had two basic motivations: To eat an ungodly amount of food from as many different places as possible, and to be far too buzzed to be in public and around any sort of pregnant person.

After stuffing a fist full of drink tickets into my pockets and grabbing a Tito’s and Lemonade from the booze tent (which promptly dribbled down the front of my shirt on my first sip), we did a once around the festival, eyeing down food trucks and looking for easy prey. Me and the pregnant friend of our group headed the assault, leading our little pack on this hunting expedition. We were both hungry and determined, staring down vendors with open hostility. Our original plan had been to divvy up the spoils of our war, sharing each dish so that everyone could get a taste of something different. But now, as we stalked up and down the Scioto, smelling all the foods wafting in from every direction, it quickly became every man for himself. I was going to try as many food trucks as humanly possible and no one was going to stop me, pregnant or not.

I can’t even begin to explain the sheer number and diversity of foods there. Anything from creole to German and Caribbean populated the festival. There was one that particularly popped up at us. Not because it was especially appealing but because it seemed to embody all of the cultural sensitivity of a Charlie Chan movie from the 1930s. I can appreciate a good egg roll as much as the next person but I decided to play it safe instead, besides— I don’t think the avocado toast eating SJW in me would have survived the guilt. I settled on tacos instead.

Dear reader, I cannot express to you how truly killer these tacos really were.

I picked out three: the carnitas pork with pineapple salsa, chicken with pico and cheese, and the black bean veggie that came with cabbage, pico, and avocado. Each was amazing by itself, even the veggie and I’m fairly biased when it comes to eating anything without animal products (I never said I was a great person).

We each inhaled our tacos, chasing it down by chugging an entire cup of Titos and Lemonade.

And that essentially started our little marathon of forcing food down our faces and quickly scurrying back towards the booze tent for repeatedly re-upping on drinks. We became fast friends with the drink vendors. At one point, one of my miscreant friends nearly clapped his hands together with joy as he saw a passerby munching away at a Mexican Street Corn. He walked off excitedly to track down the vendor selling them but returned just a few seconds later. His eyes were downcast, filled with the sincerest sadness I had ever witnessed in a grown man.

Halfway to buying himself a whole corn on the cob, he’d remembered he had an 8-pound mountain man beard and that it would be near impossible to eat off a cob without completely mutilating his facial hair with grease and corn kernels. His eyes practically welled with tears and mine did too until I realized how insanely funny his misfortune was. I decided to laugh in his face instead. 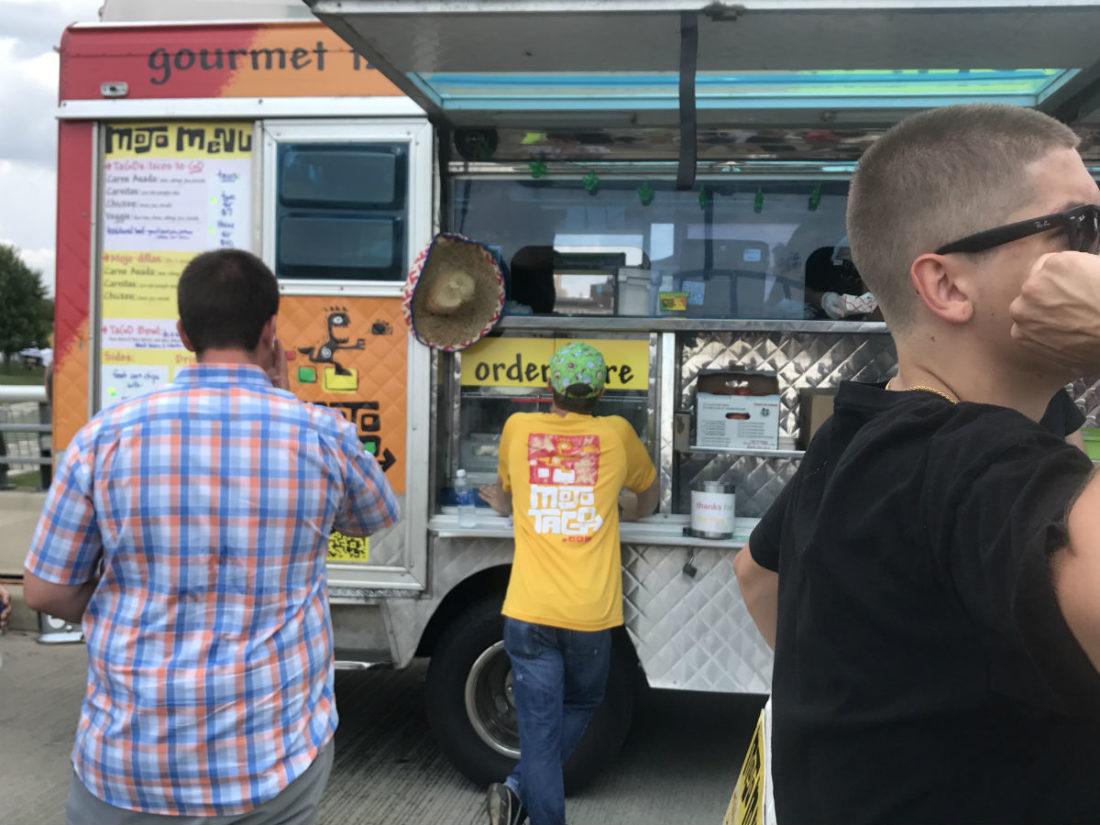 Maybe it was the combination of tacos, processed sweets, and Tito’s vodka but I was starting to get this weird surreal like buzz going on.

I was beginning to feel like how Hunter S. Thompson must’ve felt, bumbling through a Las Vega casino with very little grasp on what was happening and very little desire to do anything about it. I was this beautiful amalgam of food drunk and actual drunk and if you’ve ever skipped out on your family’s Thanksgiving to go to a Friendsgiving you know exactly what I’m talking about. The sun was beginning to wear on me and the people, who were once diverse and oddly beautiful, started to get weirder looking and notably more bizarre. And then this friggin’ thing happened:

An actual person with an actual parrot on their actual head.

I was nursing a belly full of sugar, booze, and Mexican angst, how in the hell was I expected to deal with something like that? I mustered every adult cell in my barely adult brain and resisted every urge to pet or otherwise antagonize the bird. My hands were gross and sticky enough from fried ice cream, I didn’t need them covered in rainbow parrot feathers, parading around the festival like some sort of unwashed chupacabra set loose at a Macy’s Day parade.

I needed a moment to center myself, to think about the world as it was and to soak in the lessons that this food truck festival was teaching me about my fellow man. We picked out a grassy knoll and just sat there, me and my odd ensemble of fellow travelers. I do believe I was on the verge of some sort of spiritual epiphany. It had to do with a commonality I was beginning to draw between domesticating birds by rendering them incapable of flight, culturally appropriating foreign food, and something about how it all related to pregnancy and childbirth. It was there just on the tip of my tongue or the top of my head, waiting to become some brilliant cohesive new social thesis— and suddenly the world turned on me.

There I was, all wrapped up in thought, reaching down to grab another sip of refreshing vodka lemonade, when some trifling little tree doo-dad (I don’t know, some sort of tree branch thing) fell directly into my drinking cup. I stared at it, perplexed at first, but increasingly angered. Now, why would the world go and do a thing like that? Spoil a perfectly good moment on a perfectly good Saturday afternoon? 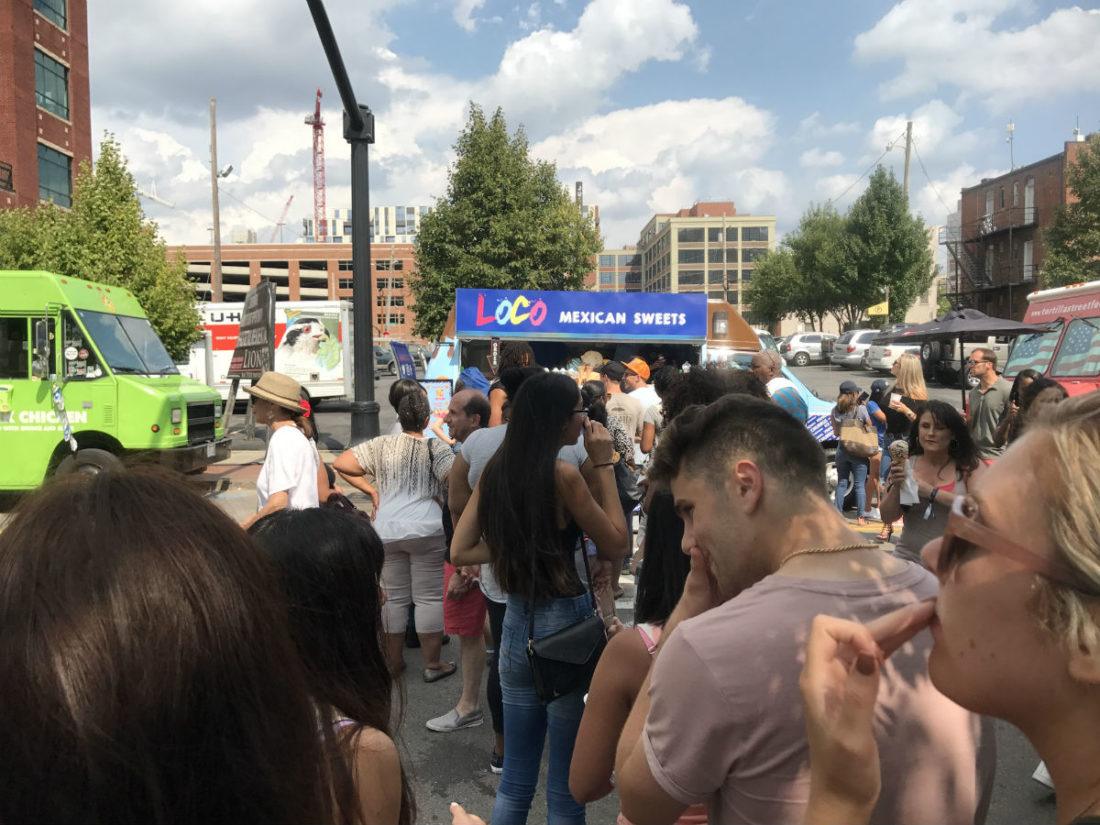 I plucked the small tree creature from my cup, grimacing at it, furious at its insolence.

I was contemplating whether or not the drink was salvageable when (and I kid you not dear reader) the preggers-as-all-get-out of our traveling companions, decided to apply a generous helping of hand sanitizer and in doing so spilled some in my drink. An accident, to be sure, but one I none the less took as a personal affront from the universe. I could have handled it all very calmly. I could have sighed and thrown it away or just replaced the drink by going back to the booze tent once again. I certainly didn’t have to actually punt the cup of lemonade with my foot into the grass in either case. But that’s exactly what I did. Dear readers, I regret nothing.

I finished up the rest of the festival experience drink-less (much to the delighted laughter of my fellow companions) and wrapped it up by catching a live band. Souther was playing, cranking out some gritty blues tunes. I had never heard them before so I was pleasantly surprised by how good they were. Their instrumentals were faded, stressed denim. Their lyrics written violently in tattooed ink by a trembling hand. They were angry and sad and I just wanted my lemonade back, pouting there to a soundtrack far deeper than my own petulance.

The sun was just starting to relent a little as they played their last song.

I squinted at the city’s skyline, beginning to feel the onset of that despondency you get when you finish a book or walk out of a movie theater— when you know some grand important moment had just come to an end. I was pretty weary from food and drink but I hadn’t wanted it to end quite yet. I mentally entertained the idea of putting something else into my stomach but my belly grumbled angrily at the thought of one more taco or another lemonade so I decided I’d give up the ghost. I was done and dead for the day, thinking heavily about napping right there on the Scioto’s soft grass. Letting all of the music wash over me with the breeze of August angst and the last of the summer’s rage. Gleeful and stupid and content, just like everyone else.