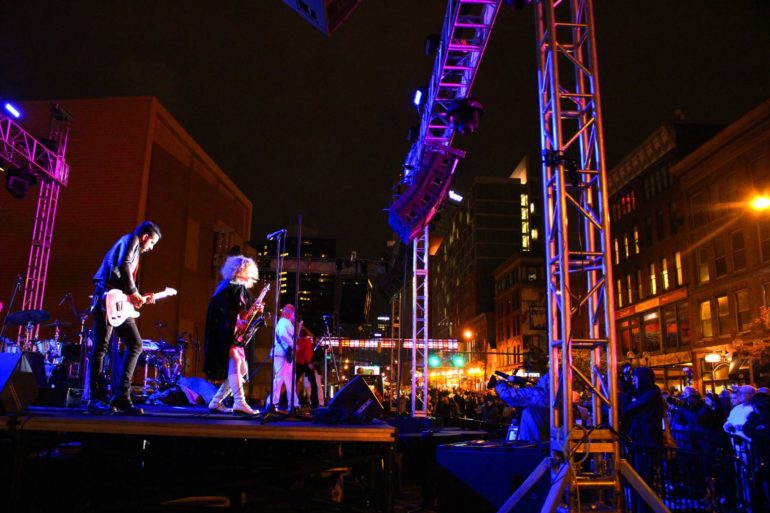 If you do anything this October, make sure you attend these 12 events.

We don’t want you missing out on the very best of October. There’s just too much awesome happening in one month for you to sit on the sidelines and let it pass by you. Of course there’s Halloween, but October is so much more than a couple pumpkins and a cheap costume from the party store.

Stay in the know of the hottest stuff to do this month so you can throw out some mad FOMO vibes over your Instagram account. So make sure you invest in a few light jackets, we’ve got the feeling you’re going to be going out quite a bit this October.

What: Highball Halloween is the go-to Halloween event where everyone who’s anyone just has to be seen. Get your spookiest, most diva-est costume together and prepare to take Columbus by storm. The event is hosted by local drag queen celebrity Nina West and NBC4’s very own Monica Day.
When: October 20 to October 22 from 6 p.m. to 1 a.m.
Where: 400 N High St, Columbus, OH 43215

What: Listen to the genius of John Williams’ Oscar-winning score for A New Hope, as played by the Columbus Symphony Orchestra. Enjoy the movie as it deserves to be seen, on a huge projected screen with live band accompaniment.
When: Friday, October 6 and Saturday, October 7 from 8 p.m. to 11 p.m.
Where: Ohio Theatre, 39 E State St, Columbus, Ohio 43215

What: Taste some killer chili and baby back ribs recipes as vendors hand out tons of free samples. You’ll also be able to indulge in wine, mulled cider, and craft beer with live music and plenty of other family-friendly entertainment.
When: Saturday, October 21 from 11 a.m. to 2 p.m.
Where: The Hills Market Downtown, 95 North Grant Avenue, Columbus, Ohio 43215

What: If any food deserves an entire festival dedicated to its honor, it’s definitely macaroni and cheese. Celebrate America’s cheesiest dish with a variety of Columbus restaurants whipping up their very own mac and cheese concoctions. Funds from the event got to support adolescent and young adult programs at The Ohio State University Comprehensive Cancer Center.
When: Friday, October 6 from 4 p.m. to 8 p.m.
Where:  Easton Town Center, 160 Easton Town Ctr, Columbus, Ohio 43219

An Evening With David Sedaris

What: Acclaimed writer, David Sedaris, will appear before a live audience right here in Columbus, Ohio. He’ll discuss his newest book, “Theft by Discovering Diaries (1977-2002)” and will wrap up the event with a Q&A and book signing. Come see why he’s known as one of America’s most poignant and humorous writer/social commentators.
When: Saturday, October 28 from 8 p.m. to 11 p.m.
Where: Ohio Theatre, 39 E State St, Columbus, Ohio 43215

What: This non-profit event supports local and emerging fashion designers with scholarships and fashion show programming. It provides an excellent platform for exposure for the Columbus fashion scene with several events hosted throughout the week-long affair.
When: October 7 to October 14.
Where: PO BOX 6559 Whittier St. Columbus, Ohio

What: Immerse yourself in Italian culture and cuisine in Columbus’ annual three-day cultural event. This year you can enjoy performances by Italian American vocalist Amanda Beagle, Phil Dirt & The Dozers, and Two Gents and The Lady with the Rick Brunetto Big Band.
When: October 6 to October 8.
Where:  720 Hamlet Street Columbus, Ohio, 43215

What: The Nightmares Film Festival is one of the most prestigious indie horror film festivals in the country and it happens right here in Columbus, Ohio. If you’re a scary movie buff you’re going to want to check out all the shorts and full-length films making an appearance. See which movies win this year’s awards.
When: October 19 to October 22 from 6 p.m. to 11 p.m.
Where: Gateway Film Center, 1550 N High St, Columbus, Ohio 43201

School Of Rock The Musical

What: Based on the Jack Black movie comedy, this rock musical tells the story of a failed musician turned substitute teacher that turns his misfit class into an amazing rock band. The musical features 14 totally new songs by Andrew Lloyd Webber himself.
When: Wednesday, October 11 from 7:30 p.m. to 9:30 p.m.
Where: Ohio Theatre, 39 E State St, Columbus, Ohio 43215

What: The largest Pumpkin Festival in Ohio returns for another year of spooky autumn fun. Venture over to downtown Circleville and enjoy a night of community and pumpkin pie.
When: October 18 to October 21 from 9 a.m. to 11 p.m.
Where:  W Main St, Circleville, OH 43113